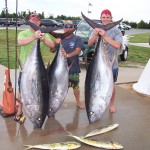 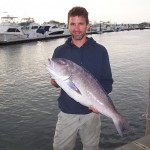 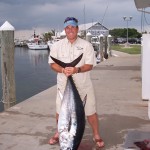 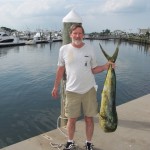 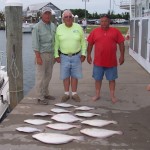 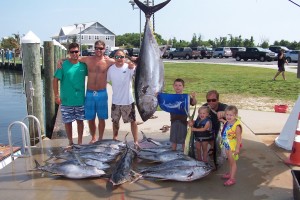 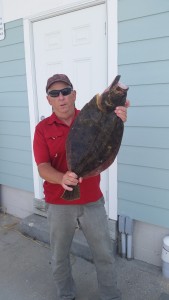 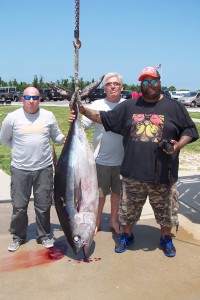 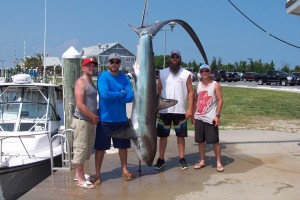 The weather has not cooperated with us lately….  Wind and rain  has kept alot of boats tied tight this week.  Today is the first day of the Mako Mania and many boats headed out for their first day of Shark fishing.  Here are some pics from last week .

This golden tile was caught by Herb Jenkins while deep dropping squid at the Baltimore Canyon. This tile fish weighed 9.3lbs 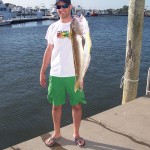 The fish is almost bigger than Lynn!! 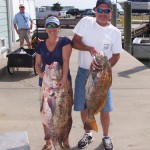 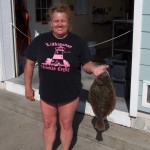 More pics to come and we will keep you posted on the Tournament Fishing.  Get the kids signed up for the 2nd Annual Kid’s Catch-All Tournament June 26-28 here at IRM.  Food, Raffles, games and fun for 2 nights!!!

Till then Tight Lines and Good Times!!!! 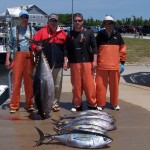 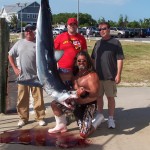 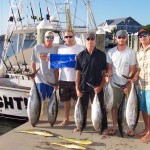 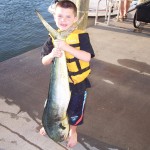