Happy Thanksgiving!!!!  Hope everyone is getting ready for some good eats next week.  It looks like winter has arrived with a vengeance.  Its blowing a steady 25-35 mph with higher gusts and a wind chill they say of 15!!  UGH…..  There have been some fish caught lately in and around the Indian River Inlet and the mouth of the Delaware Bay.  We have had no Offshore reports other than some long liners have had great success in the last couple weeks with Swordfish catches.

Joey Celano of Wilmington, DE landed this nice 30 lb 42.5 Rockfish while trolling Stretches in the Rips with his buddies Jake Smith and Carter DiRado. 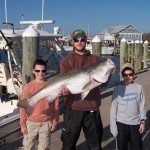 Chris Graves of Georgetown, DE caught this Citation Rockfish while trolling with a white parachute rig at the mouth of the Delaware Bay weighing 38lbs and measured 44 inches. 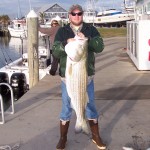 Be looking for our 1st Annual Kids Catch All Tournament this summer 2014 June 27-29 at the Indian River Marina!!!

Hammerheads Dockside is open Daily!!! some stop on in and warm up with a warm cocktail and some good eats.

We have been sending email blasts out to all of our customers in reference to weather, reminders, etc… if you HAVE NOT been receiving your email please contact the Marina office to ensure we have the proper email address.

Although it is late October we are lucky to have spring-like weather.  Winter haul outs are upon us, but there are still plenty of fish waiting to be caught.  If you are interested in winter land storage please give us a call at 302-227-3071.

Susan and John Byrd of Pike Creek, DE caught these fish while fishing in the Indian River inlet using live green crab.  Susan was using a top and bottom rig and hooked up a double header of Red drum. Her fish weighed in at 3.5lbs and 4lbs while John’s tog weighed in at 2.6lbs 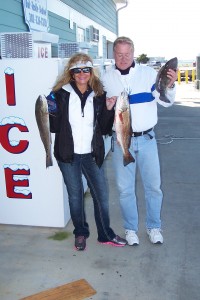 Wind!, Wind!, Wind!  Wind and stormy conditions have left our boaters tied tight to the docks this past week.  It looks like the next fishable day will be Mid-Week!!! let’s keep our fingers crossed.  We will keep you updated on some end of week reports as they come in.

Come on down this Saturday October 19th to the First Annual Docktoberfest!!!  Hammerheads Dockside will have a German buffet of Beer Tastings, Live Music 4pm-7pm and plenty of Great Eats!!!!  Fun for the entire Family…….

Winter Haul outs have begun please get your vessel scheduled for your haul out date as soon as possible.

Lots of great things planned for next year until then Tight Lines and Good Times!!!

The weather has held many of our boats to the docks this past week.  The Headboats are still running reporting good Flounder catches.  Offshore reports still coming in with great fishing, Tuna, Marlin, Wahoo.  There is still time to book a trip with us and get in on the fun!!

The New ” Indian River Marina Fishing Club” will be beginning in 2014 with lots of new events for your entire fishing family.  We will be hosting Certified IRM Fishing Tournaments, prizes for the First Marlin, Tuna and Mako caught and much more to be announced soon so stay tuned. 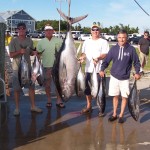 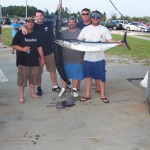 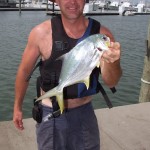 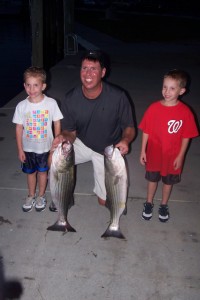 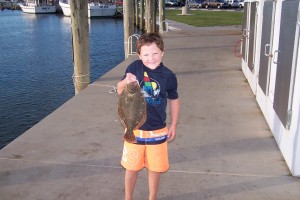 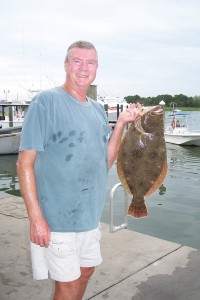