Dredging update:  Due to inclement weather, the Public Boat Ramp Closure will take place on Monday, October 3, 2016.  Contact the Marina Office at 302-227-3071 for further updates.

Indian River Marina – PUBLIC BOAT RAMP CLOSED TODAY, Wednesday, September 28, 2016, due to dredging operations.  We expect the ramp to open back up by the end of the day today.

As for fishing, we are getting numerous reports of Tuna, Wahoo and Mahi being caught out at the Wilmington and Baltimore.  The wind is blowing, so it will be a rough ride if youdo decide to head out.  Good luck out there!

On Tuesday, September 27, 2016, from 8am-12pm, the dredge crew will be installing the pipe that will cross from Burton’s Island to the fairway between A and B docks. Since the pipe will be floating during this process, access to the ocean/bay will be closed for B, C, D and E docks.  Also, Drystack customers will not have ocean/bay access as well.  The boat ramp will also be closed during this time period.  Once the pipe is connected, it will be sank to the bottom and boat traffic can resume as normal, with intermittent closings which are expected during the dredging process.  A vessel from the dredge crew will be positioned by the pipe crossing during dredging to offer assistance to boaters transiting the area.

With the winds blowing pretty good today and also forecasted for Friday, the fishing offshore may be out of the question for most.  We did see some good catches hit the docks the past few days.  Check out the pics below.

*** Important – the dredging in the marina will begin this week.  Please use caution when entering and exiting the marina.  The dredge pipe will be marked with buoys and the fairway between A & B dock will be closed.   There will be no docking for Hammerheads for the remainder of the season. 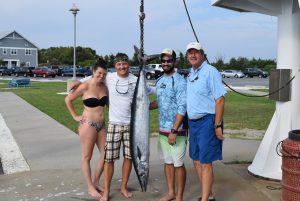 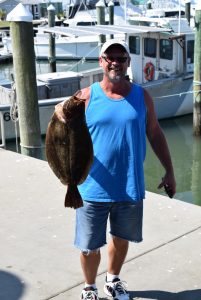 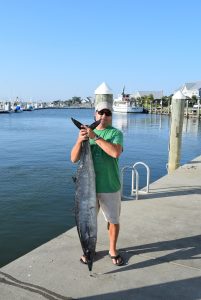 Til next time, Tight Lines and Good Times.

The pics below show that the fishing is great once again. Both inshore and offshore are producing again after the storm. The White Marlin bite is crazy right now. Check out these pics from some fish that hit the docks at Hookem & Cookem. 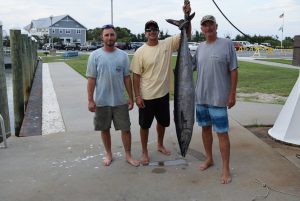 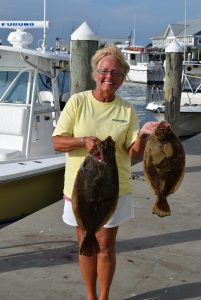 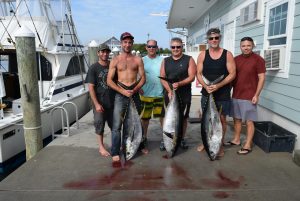 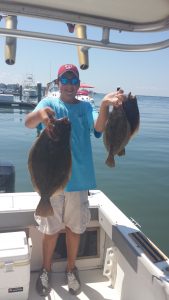 Til next time, Tight Lines and Good Times!!!!

The fishing is back on!!!! Boats are running off shore and catching some nice fish. We are hearing of numerous White Marlin releases and folks bring in Mahi (See pic below).

Also, don’t forget to stop in at our Fisherman’s Flea Market today from 9am to 2pm. 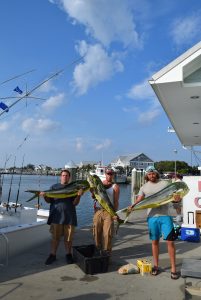 The first offshore boat to go out after storm Hermine was the Capt Ike II. They gave it a go and were not disappointed with a nice catch of mahi. Frank Orsini of Hockessin, DE, caught a 23.5lber Dominic Paloni of Lancaster, PA, caught a 26.3lber and Nick Kincaid of Bear, DE caught a 28.8lber. They also managed to get 110lbs more of peanut sized mahi and 2 white marlin releases.

Til next time, Tight lines and good times!!!!

Hermine is Gone!!!!!! We are seeing many boats out on the bay today. Have not heard of anyone going off shore yet.

We are having our annual Fisherman’s Flea Market this Saturday, Sept 10, 2016, from 9am – 2pm.  This is an event for our slip holders to bring fishing and boating gear that they are no longer using and sell it.  Please stop out and get that extra rod or reel you have been wanting.  Also, be sure to stop by our Ship Store for some great deals on boat supplies and other nautical gifts.

Til next time, Tight Lines and Good Times!!!!

Well, the holiday weekend didn’t turn out like we had planned, but the weather will be turning around here in the next few days and we should be back out on the water soon. Hammerheads opened back up this morning and the marina is fully functional and ready to assist you.  Please give Carolyn a call at 302-227-3071, to book a charter trip.

Here are a few pics from some fishing just prior to Hermine hitting us. 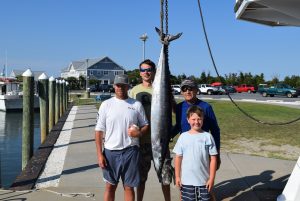 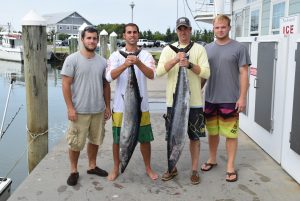 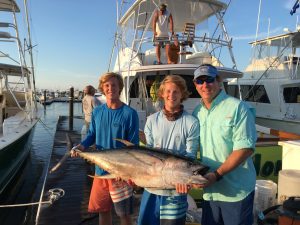 With Hermine still sitting out off the coast, the seas are churned up pretty bad. It will take several days before things flatten out enough to get out there and find the fish again. The marina has made it through the high tides and wind with no major problems so far. We’ll let you know once the charter boats start running again.

See you soon and stay safe! 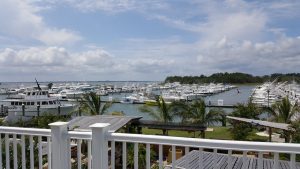 The fishing has been great, but Tropical Storm Hermine is about to shut it all down for awhile.  We are preparing the marina for the storm and will let you know when we are sending our charter boats back out again.  Please be safe and get your prep done today.

Check out these pics from the past week. 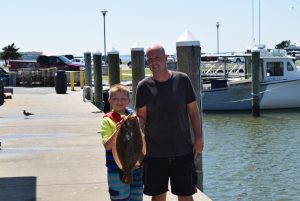 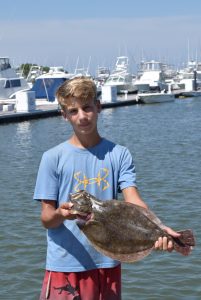 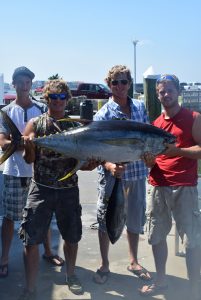 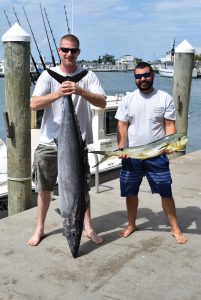 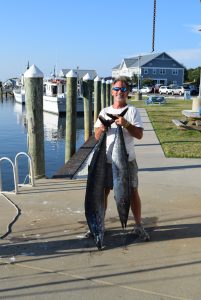