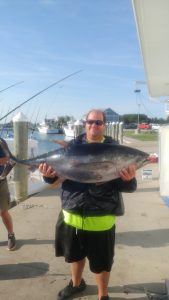 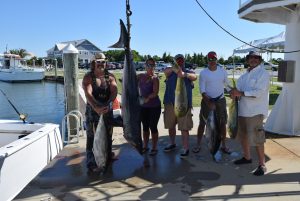 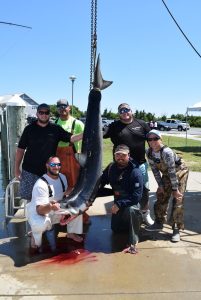 3rd Annual Kids Catch-All Tournament is on!!!!   The bad weather has moved out and the fishing can get started.  Weigh-ins are today from 3-6pm at the Indian River Marina scales over by the Hookem & Cookem bait and tackle shop.  Stop on down today and tomorrow to check out the catches from the kids.

Check out some of these pics of fishing from the past week: 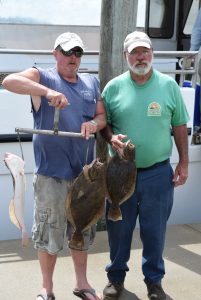 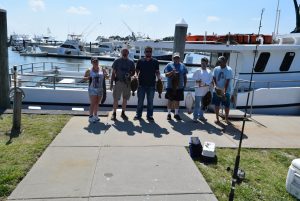 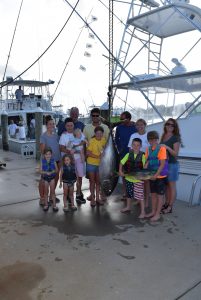 The 3rd Annual Kids Catch-All Tournament is upon us.  Please stop by the marina tonight between 6-8pm or tomorrow morning between 6-8am.  The weather should be great by mid-day on Saturday and Sunday is looking great.   We have banquets both nights that are free to the kids that are registered and only $10 for any additional guests.

The fishing has been great.  Check out our Captain David Collins aboard Capt Ike on his recent overnighter: 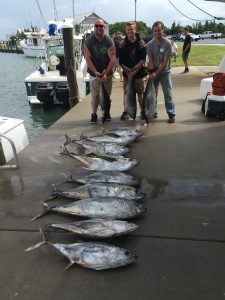 It’s not too late to get the kids signed up for the 3rd Annual Kids Catch-All Tournament this weekend at Indian River Marina.  Stop by the marina on Friday between 6-8pm and Saturday between 6-8am to register.  Lots of prizes and awards will be given out over the two day event.  We will have IRM shirts and hoodies available for sale during the event and all other times at our Ship Store located by our Drystack building.

As for the fishing, it has been hot.  Check out some of these pics from the past week: 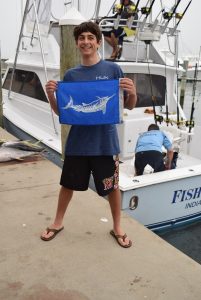 THE FIRST WHITE MARLIN HAS BEEN CAUGHT at 10:03 AM. Ian Schwing on the “Fish Whistle” out of the Indian River Marina just caught and released the first white marlin of the season. It was hooked at the 950 line in the Poor Man’s Canyon. 400 fathoms in 67-degree water. The “Fish Whistle” is a member of the Marlin Club. 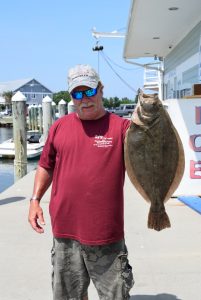 Scott Rynard of Carlisle, PA caught his first flounder of the season fishing in the Indian River Bay around buoy 14 using a bucktail tipped with squid and minnow. This fish weighed 4.3lbs and measured 22 inches long. 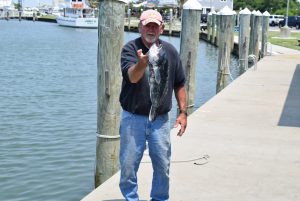 Capt. John Nedelka, of the Karen Sue, put Skit Mosiej of Rehoboth, DE on the big fish at the Del-Jersey Reef and brought back a 4.1lb black sea bass. He caught this fish using squid.

Check out this catch aboard the Captain Ike on an overnight trip they took this weekend! 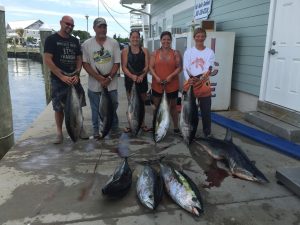 Breaking News!!!!  The first White Marlin caught was out of Indian River Marina by Charlie Horning aboard the Fish Whistle.  Great job guys.

Please make sure you enter your kids in the 3rd Annual Kids Catch-All Tournament here at the marina on June 23-25, 2017.  Kids ages 3-18 are able to participate.

The fishing is hot right now! Check out these pics from this past week: 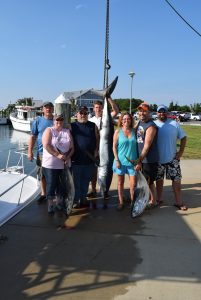 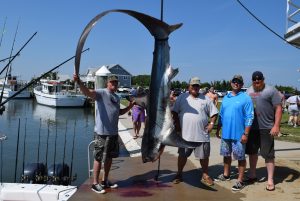 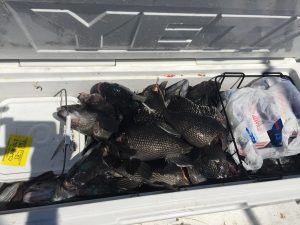 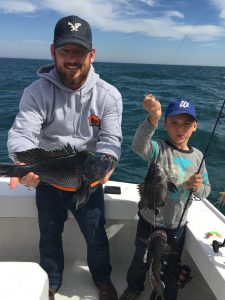 The fishing is hot just like the weather.  We have cold beverages being served here at Hammerheads Dockside.  Come have some food and beverage and then head over to Hookem & Cookem and watch them cleaning some of these fish!!!! 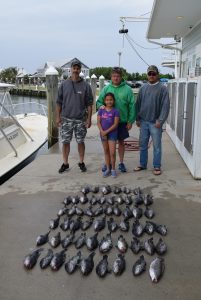 While fishing on the Last $, Doug Hain of Hershey, PA, Ariela and dad Capt. Rodney Meyers of Ocean View, DE and Toby Eistmand of Trout Run, PA fished out at the Radford using squid and clam and came back with a great catch of black see bass and one strawberry bass. They reported that they were hooking up double headers on the larger sized fish. 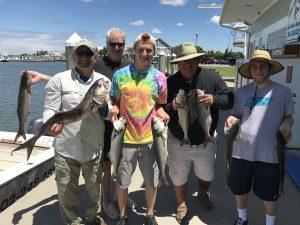 Charlie Keener of Jamison, PA, Earle Jewel of Skippack, PA, and Travis Wilson , Charlie Wilson and Ryan Grittith of West Chester, PA fished on the Gale Force Charters with Capt. Aaron Hurd and found the birds working in the back bays of Indian River. They threw out bucktails and SP minnows and brought back these blue fish to the dock. 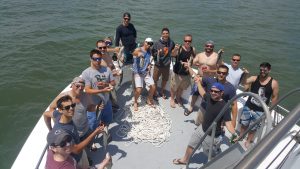 Capt. Chris Adams, of the Judy V. out of Indian River Marina, put this bachelor party group on the blue fish while fishing along the beach off of Fenwick Island. They were working the fish using metal jigs and Gotcha plugs.  Everyone caught fish and had a great time.

The fishing was great this past weekend and we look forward to an amazing weather forecast for this coming weekend.  We had some big sharks and some tuna hit the docks.  Check out these pics: 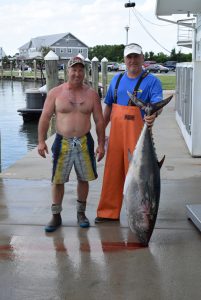 The largest blue fin tuna to come to Indian River Marina arrived yesterday from the “Indian Giver” Jimmy Bunting of Georgetown, DE and Frank Perna of Alexandria, VA caught this 84lb tuna while they were fishing in 61.7 degree water at the Baltimore Canyon trolling ballyhoo. 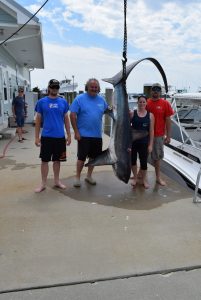 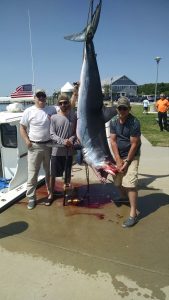 The fishing is definitely hot right now.  We have a thresher weighed in at 164 lbs, tons of black sea bass and even a flounder hanging around.  Check out these pics: 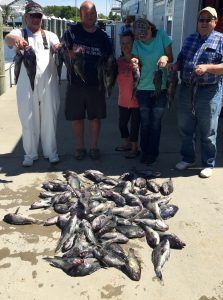 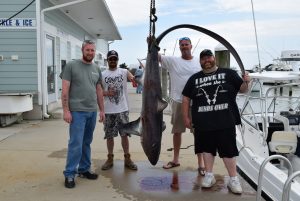 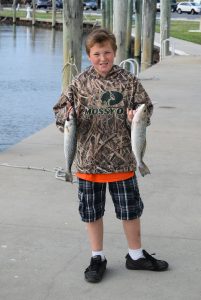