Here are a few more pictures from the last week to get everyone through this rainy day.  On the bright side we will have some great fishing days ahead.

Jeff Oneschuk of New Castle, DE looks on in disbelief as Ed Wirth of Newark, DE holds his 4.2lb and 23 1/2 inch flounder that he caught on Gulp and minnows at the Old Grounds 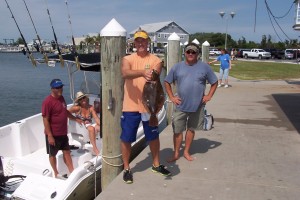 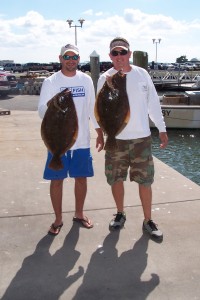 Harris, Ray and Sam Lukashok of New Rochelle, NY caught these four nice flounder, the largest weighing in at 4.8lbs and 24 inches, while on the head boat Judy V. with Capt. Ed Wheedleton. Capt. Ed said that they were fishing Site 10 using squid and cut bait. 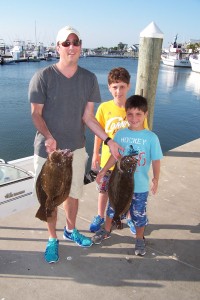