Closer to IRM we are still seeing a good number of flounder coming in.

Gene Hatfield of Millville, DE and Joe Fedick of Ocean View, DE were one short of their limit while fishing out at site 10.  Joe caught the biggest fish of the bunch weighing in at 5.8lbs and was using squid and minnows to catch his big flattie. 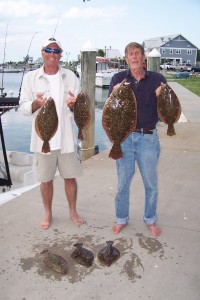 The Spence Family of Newark, DE, Zach, Josh, Terry and Mark caught these 8 keeper flounder while fishing out to Site 10 with squid and shiners.  They were fishing on the Makai of Indian River with Capt. Larry Coyle and mate Joe Coyle. Josh (right, front) caught the biggest flounder, weighing in at 6.5lbs and measured 26″ in length. They had a total of 29lbs of fish. 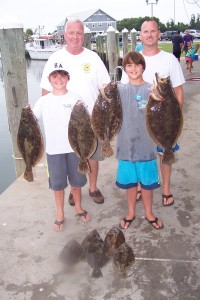 Rocco Fucetola of Blue Anchor, NJ, caught this 8.7lb and 29″ flounder while fishing with cut squid on a bucktail out at the Old Grounds. 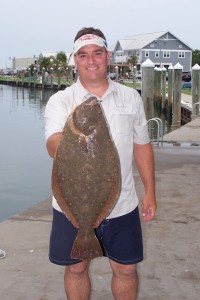 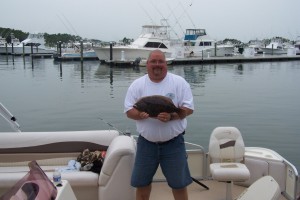 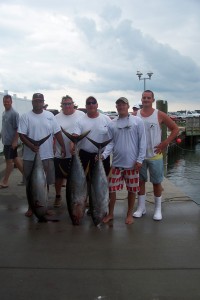 Fishing continues to be off the hook here at IRM.  Both Inshore, Offshore, Inlet and Back Bay.  Here are some pics from this past week of fishing that hit our docks!! 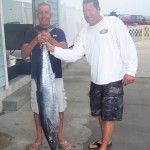 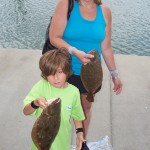 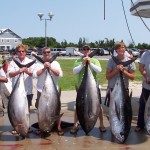 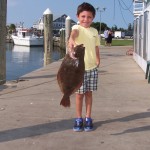 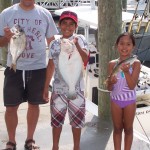 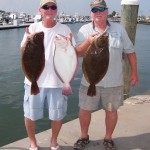 Come down and get hook at Indian River Marina, stroll the docks, visit our ships store, brouse the Tackle Shop and Fish Market or just come down and chill with a cocktail at Hammerheads Dockside.